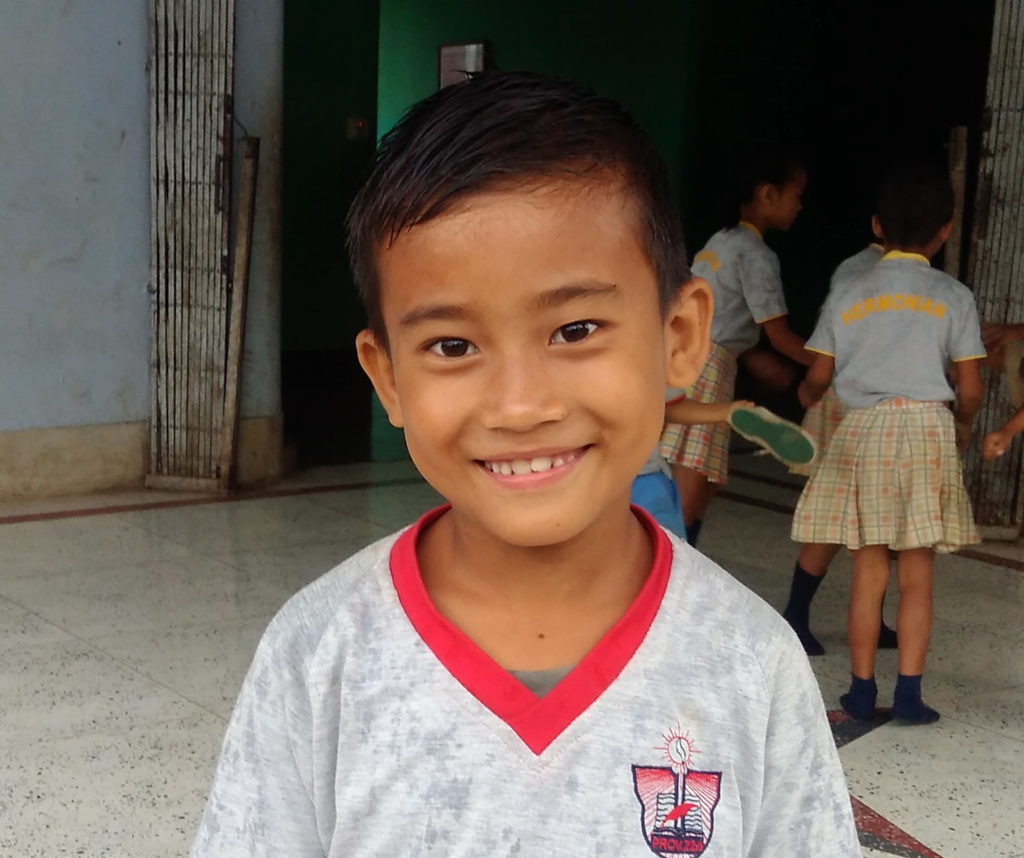 This is what Ginmuansang wants the world to know about him -- a good message for all of us during this week of Thanksgiving.  He is thankful for his sponsors who make it possible for him to feel the warmth and love of "home" every child deserves.

Ginmuansang is one of the newest children to join the Angels' Place family.  As you can see from his photo, he radiates a cheerful spirit, but this was not always the case.

When Sang came to the orphanage, he was very quiet, shy and withdrawn.  The caregivers were concerned about him, but given the circumstances of his home life, they realized it might take a while for him to come out of his shell.

Sang's father was a drug addict and eventually left his mother.  He remembers how miserable his home life was back then. Combined with the devastating stress of extreme poverty, Sang's hope for a happy and successful life was very slim.  He was following in his father's footsteps, heading down a path so many young men follow when trapped in the grips of despair and hopelessness.  His future looked bleak.  Like his father he was vulnerable to addiction, living on the streets or in crowded slums and resorting to crime or begging to survive.

Eventually, Sang's mother remarried, a blessing for her but not for her children.  Her new husband did not want Sang, and he was sent to live with his grandparents.  It was not long before they realized they were too old to care for him, and they brought him to Angels' Place.   Though Sang was deeply wounded by the pain of losing his family, this decision was a turning point for him.  It was a blessing in disguise that would lead him toward a new path...one of hope.

It only took a few months before caregivers at Angels' Place began to see a change in Sang's demeanor.  With proper nourishment and a loving peaceful place to call home, this little boy's naturally cheerful and kind spirit began to emerge.

Today, Sang is thriving at Angels' Place.  When asked what he likes most about the orphanage, he responds: "The people are kind."

As you nestle into the warmth and love of your own homes this Thanksgiving, please remember all the children in the world who are cold and lonely.  There are hundreds still on the waiting list at Angels' Place.  You can help us make room for them by visiting our Ways to Help page.

To read more Angel of the Week stories, click on "Angels of the Week" under "Categories" to the right of this page.